DJI’s Mavic Air 2 is the hot new drone on the market right now. And with so many going up in the air, a few are likely to come down a bit harder than their owners had meant. For these mishaps, a new Mavic Air 2 teardown shows that the drone is fairly easy to fix, with some caveats.

Ifixit just posted a brilliant teardown of the Mavic Air 2 showing how all the major components fit together. And there is a lot of good news for repairs. The drone is held together entirely by screws, making it easy to remove most components if any need to be replaced. 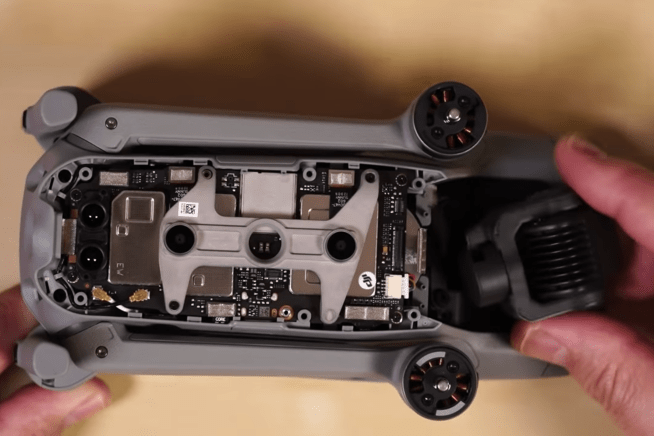 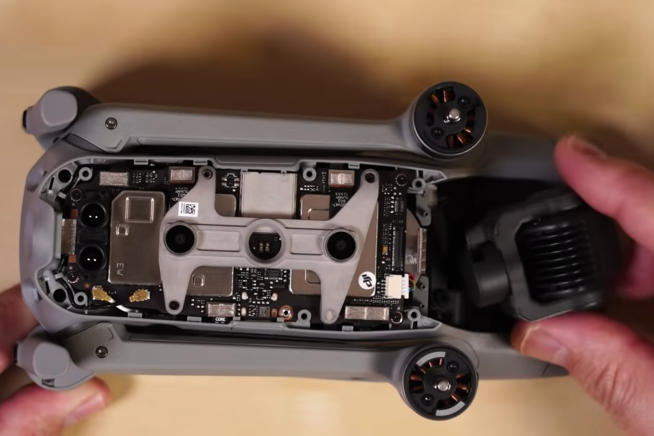 With the camera gimbal unprotected at the front, bottom of the drone, it’s definitely vulnerable to hard landings. Should the camera get wrecked, though, it’s simple to swap out. First you need to remove the bottom plate, which is held in with six hex-head screws. Then you remove a few more screws holding the gimbal bracket to the bottom of the drone. Its electronics are attached to the drone’s lowermost circuit board using press-connect cables, meaning there’s no soldering required to disconnect the old camera and connect a new one.

The vision sensor unit at the bottom of the drone also has snap-on connectors, making it easy to swap out if a hard landing takes out one of the sensors or the attached LED landing light. The front and rear sensors also snap on to various connectors inside the drone. So again, no soldering required.

The Mavic Air 2 uses multiple internal circuit boards. So if one is damaged, you haven’t ruined all the electronics. The lowermost board holds the processor, RAM, and internal storage, under a beefy heatsink and cooling fan. A board near the top of the drone holds the GPS unit and connects to the front sensors. Repairs get trickier with the motors. Their power cables are soldered to the motor on one end and to yet another circuit board inside the drone at the other. The circuit board in the drone is a fairly simple one, leaving plenty of room to access each of the motor cables connected to it. And if this board does get damaged in a soldering mishap, you aren’t wrecking a lot of highpned silicon chips, which are found on other boards inside the drone.

The real downside is in how the motors attach to the ends of the drones’ four arms. For some reason, the power cables are routed through the legs that sit under each motor. SO if one of the legs is damaged and needs replacing, there’s also additional soldering work to replace the cables that run though them.

In short, there’s a lot to like about how the Mavic Air 2 is put together. Camera and sensors are easy to swap out, and multiple circuit boards mean that one mishap won’t take out all the drone’s electronics. The motors are more challenging however, with all the soldering required.

You may not be doing your own repairs, especially if you purchase an extended warranty. (See our guide to DJI Care Refresh and Care Refresh+ to decide if they are worthwhile.) But the easier the drone is to fix, the quicker it can get back in the air, whoever does the work.