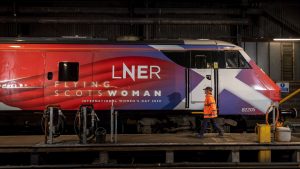 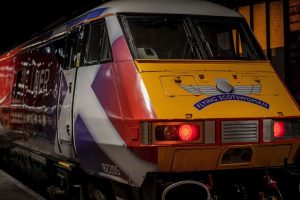 An early frosty morning in Yorkshire at Colton Junction a place very popular with train spotters and photographers.

This particular morning the car park was empty except for a couple of pheasants. The air temperature was -1C. The sun had risen about 30 minutes prior to our arrival on what was going to be a very sunlit shoot with blue sky and nil wind.

With 50 minutes to spare, the kit was unloaded and prepared ready for the shoot.

Always and I mean always check the DJI systems are working and talking to each other. Spare batteries were warmed. Additional drones were fired up ready to deploy in case the primary drones failed to deploy or film correctly.

Professional drone operator’s always have duplicate systems, it’s no good filming at this level without two sets of kit. 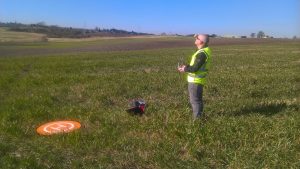 It was decided John #dropzoneimages would locate 300m to the south of where I would deploy. We would have seconds to film as the train passed at over 120mph. Two drones to capture differing angles had been agreed with LNER.

A call from John to advise the train was 5 minutes away. John was in communication with the marketing team on the train.

Drones were deployed and ready. When the moment came it all happened very quickly.

Footage was checked and John very quickly uploaded the material to LNER marketing team, it was then on air with BBC Breakfast within 10 minutes. So from drone shoot to live on TV within 35 minutes.

Thanks to John of Dropzone Images for aerial video clip.