French drone maker Parrot will build 300 small drones for the French Army under a five-year contract, according to two announcements on Wednesday.

The ANAFI USA drones weigh 17 ounces, have a battery-powered fight time of up to 32 minutes and typically carry cameras, including thermal cameras, for day and night observation capabilities.

Capable of fitting in a soldier’s hand, the drones, made in the United States, have been sold internationally, including to U.S. government agencies, and police and fire departments.

In December, the U.S. Air Force 60th Security Forces Squadron announced the use of its first drone-based perimeter security system, at Travis Air Force Base, Calif.

The French defense ministry announced the contract, which includes maintenance and training, on Wednesday. The cost was not announced.

A statement from the company emphasized that the drones have no Chinese content, and noted their low noise signature, inaudible from 426 feet.

France has used surveillance drones in missions in Niger, Mali and Burkina Faso since 2014, and in 2019 employed laser-guided missiles aboard drones to strike targets. 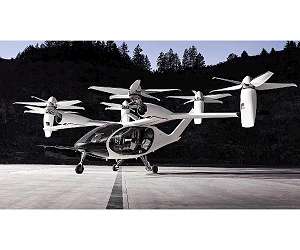 Metawave Corporation has been awarded a prime, Phase One contract by the United States Air Force (USAF) to provide a high-precision, all-weather sensing solution for electric Vertical Take-Off and Landing (eVTOL) aircraft. The initial Metawave study outlined by the contract will identify modifications needed for the company’s existing “SPEKTRA” radar for aerial operations, all of which will be applied to development of next-generation eVTOL air-vehicles. The USAF’s AGILITY PRIME initiative seeks t … read more