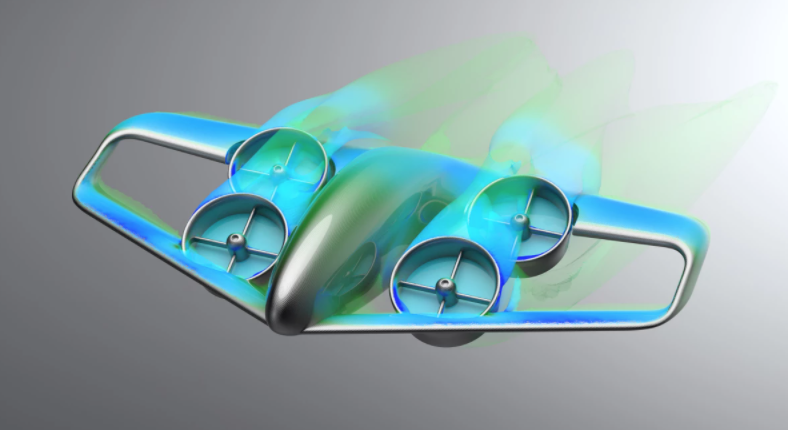 While a multitude of companies are jostling to compete in the emerging electric VTOL air taxi market, it’s very rare to find aircraft designs carrying more than five people. But British multinational giant GKN Aerospace is looking into something much bigger: “park ‘n’ ride” Skybus transports capable of carrying 30 to 50 passengers across congested parts of town, moving affordable public transport into the third dimension.

This initiative is part of the UK’s Future Flight Challenge, which is using some £125 million (US$171 million) of government cash and a further £175 million (US$239 million) from the industrial sector to fund a wide range of projects related to electric aviation, including drone swarm and delivery technologies, air traffic control that can handle a huge influx of autonomous drones and aircraft, eVTOL air taxis, sensor technologies, industrial inspection UAVs and other projects like the pop-up eVTOL airport in Coventry we wrote about yesterday.

Where most passenger-carrying eVTOL projects are envisaged as on-demand Uber-style services connecting individual passengers or small groups with ride-share services at either end, the Skybus project takes a public transport approach, with large birds ferrying significant numbers of people over city routes on fixed schedules.

According to GKN, this offers a chance to reduce cross-town commute times in an efficient and affordable way, while reducing strain on ground-based public transport to boot and freeing up space on the road for everyone else to get to work quicker too.

Read more: Livestreaming drones for the future of site inspections

Of course, no such aircraft exists yet; this is likely at the feasibility study stage. And it’s certainly interesting to think about some of the challenges that might be involved. There’s no way these giant skybuses would be able to operate on regular vertiports or helipads; they’d need some pretty serious infrastructure on the ground.

And whether or not there are energy efficiency gains to be had as you scale up cabin sizes and start carting dozens of people around instead of a handful, the energy requirements are going to be pretty epic. That doesn’t just mean huge battery packs (assuming a battery-electric powertrain), it means truly monstrous charging capabilities at those ground stations. The kinds of charging stations that put multi-megawatt loads on the power grid.

Move to a hydrogen powertrain and you’re still faced with the problem of serious bulk H2 production on site, or else the logistics of getting it there for fill-ups – not to mention colossal fuel cell stacks in the aircraft themselves, capable of converting that H2 to electricity at a very impressive rate to handle the extreme power demands of electric VTOL operations.