Orqa FPV is a tech company that develops technologies and systems for remote reality and unmanned platforms such as drones or autonomous vehicles. Their first product – the Orqa FPV.One Goggles are now available on the market following a successful crowdfunding campaign.​​​​

After a time of bootstrapping and great success with Kickstarter campaign, Orqa is now fully operational with manufacturing their flagship product the Orqa FPV.One – an FPV goggles that were crafted with much of engineering ingenuity, passion and dedication – establishing the Orqa brand as one of the most innovative company in the FPV industry.

Company was started by three friends who had the idea to build the best FPV goggles on the market. Orqa FPV is actually a spinoff from Tenzor –  an hardware development company that offered engineering services: consulting hardware startups to develop their product from ideas on paper to functional prototypes.

There the idea of the Orqa was born. They all shared interest in FPV Drone Racing and recognized that they could implement their skills to develop high-end FPV Goggles that will be better and cheaper than the competition. They say they were only 50% successful in that. 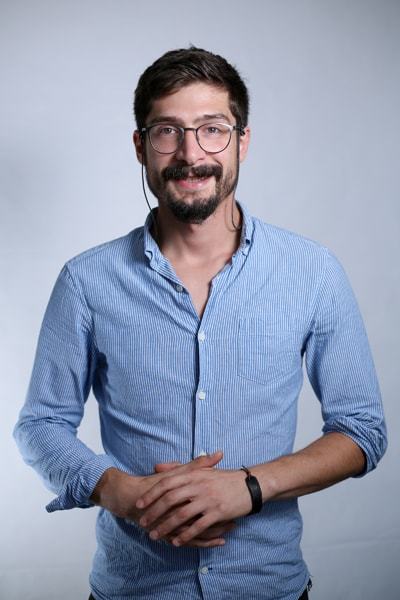 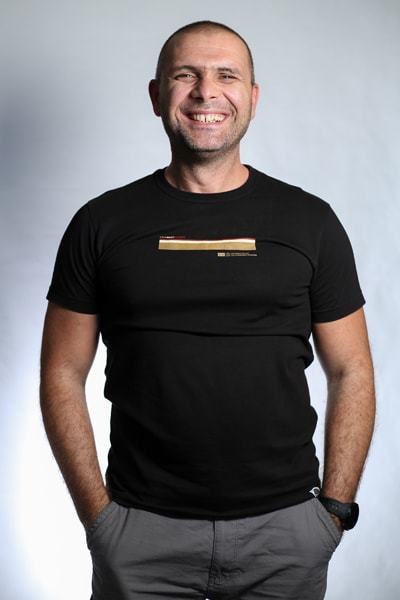 Orqas technology pipeline is focused on innovating and developing all parts of FPV technology stack including antennas, radio controllers, headsets and most importantly, low latency video signal transport systems. Since inception, Orqas FPV technologies are implemented and used by world largest companies and services providers in consumer and enterprise sectors. The decision to dedicate to FPV technology research and development was a great challenge. For example, developing and prototyping optics and lenses was quite demanding. The team visited one of Croatian quantum optics institutions to explain how to create the system for their goggles. However, after only a few days they were turned down saying it was something that makes no sense doing, because of its cost and complexity.

Facing the problem, Orqa team had no choice but to focus on learning about optic systems development or give up the whole idea. That’s why they concentrated on researching optical engineering and pioneering in the field that has not been widely and scientifically researched in Croatia. Only a year later, they developed their own optics for FPV goggles including prototyping and design know how – in house. 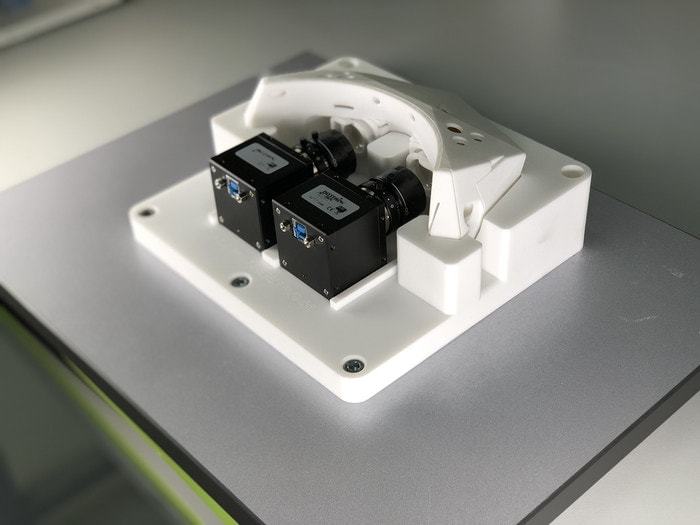 There were many ups and downs, but Orqa campaign is at the finish line. Despite all those delays caused by the lost packages, various technical and bureaucratic issues, and finally the virus all the FPV.One Units were delivered to it’s backers.

The kickstarter campaign also showed that Orqa closely listens to community needs. They want the users to tell them how they want to use the product and then they adjust and react accordingly.

The CHALLENGE is IN Scaling, not Development

Reacting and adjusting to customer needs and developing a two-way relationship with product consumers is one of the highest values that Orqa as a company wants to achieve.

As a result of setting quality user experience for the main product goal, Orqa R&D team develops new and innovative technologies that will boost and improve First Person View experience. One of those features for immersive practice and usage is FPV.Connect.

FPV.Connect is a module with Wi-Fi connectivity which basically serves as a bridge between your goggles and the rest of the world. It’s going to be accompanied by an Orqa mobile app that you’ll be able to install on your smartphone. The app allows you to access media on your SD card. It will allow you to stream your session in real time to your smart device and seamlessly update your goggles. It’s a matter of really integrating the app with the any of the online services and basically being able to livestream your session to the world.

As mentioned, building a two-way communication between consumers and manufacturers is a crucial business modus operandi for Orqa. Enabling consumers easy access to all information needed to enhance FPV experience and fast responding to their desires and questions is one of the reasons why Orqa’s customer support is generously considered as one of the best in the business.

Building a customer support team is an ongoing process and the team is constantly working and defining new ways so they can scale fast, while maintaining high quality standards of the service.

Besides that, Jelušić told us that: The team behind the customer support is actually building the goggles, they also sit in the same room as our engineers. All of this means that you can be sure that your feedback will be heard by all those in Orqa that need to hear it. 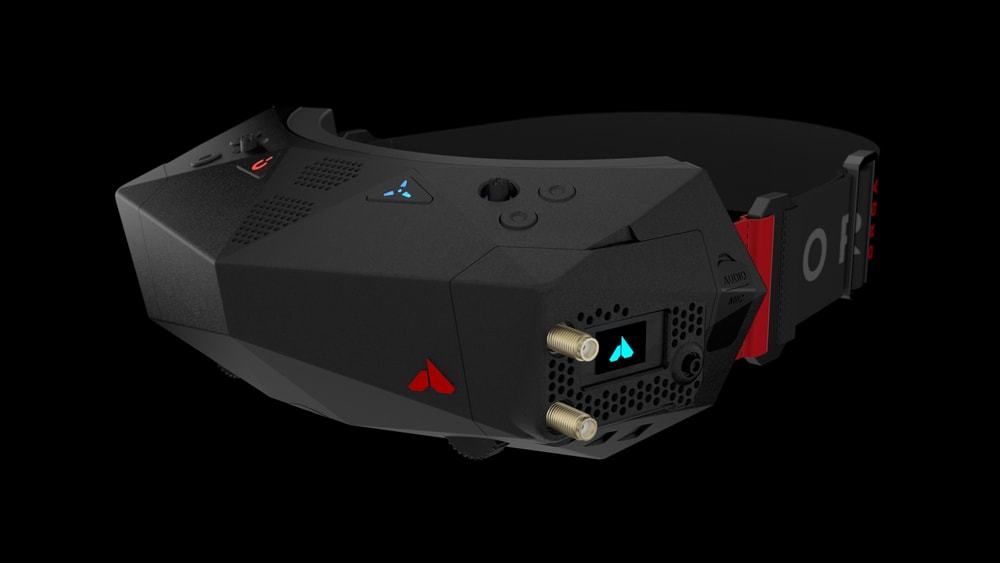 It has a a wide IPD range (56-74 mm) to ensure a good fit for all faces, and a large FOV of 44 degrees giving you an immersive FPV experience

They seem impressive; minimalistic and simple: this thing looks like a part of stealth fighter equipment.

The ORQ FPV.One goggles are packed with features like support for 16:9 and 4:3 display output, HD DVR, power button, built in de-fogging fan and more.

The difference between Orqa FPV.One and competitors models is the fact that FPV.One goggles have more advanced computing power and custom expansions – so naturally, their motto rightfully is “Built to be the best”.

Module bay is compatible with all standard receiver modules. Diopters must be acquired separately, as with all the FPV goggles, so consumers who wear eyeglasses won’t be able to use the goggles without them. Orqa FPV.One supports standard diopters slot that fits for all the goggles.

Orqa FPV.One is equipped with a three mode power switch and anti-fog fan. It’s also equipped with a very intuitive light sensor which detects if the person is wearing the goggles to put it in the stand-by mode to save battery and save OLEDs from burning in.

It can turn the OLED screen off automatically to save battery. Head-Tracker is built-in and it’s not necessary to purchase extra modules for H-T.

New models of headsets are now in development phase of calibrating and adjusting for diverse usage in primary industry fields, but also for drone racing and freestyle. 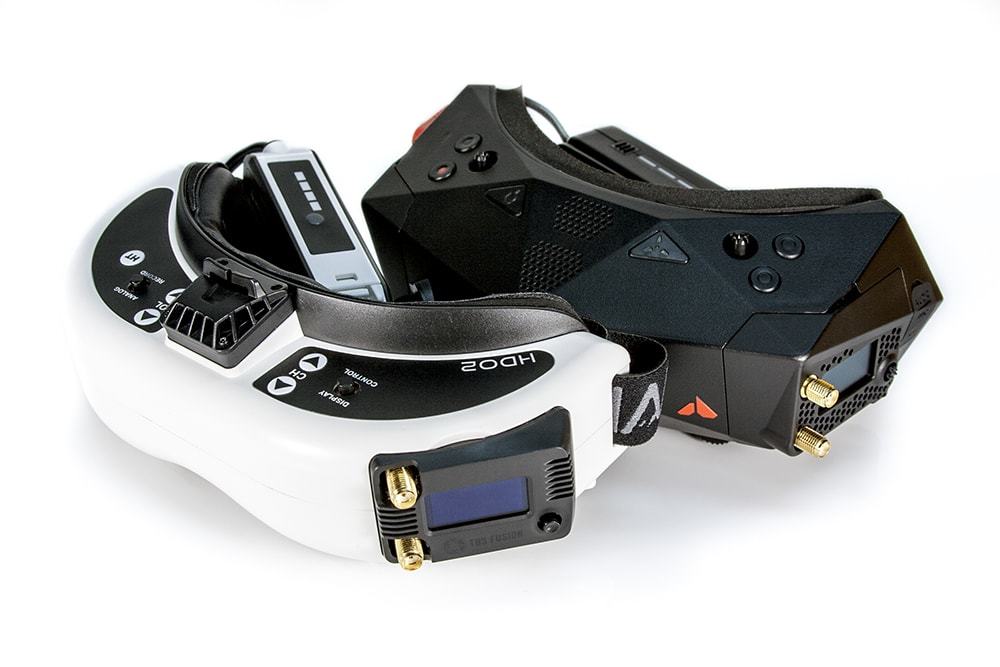 FatShark was first to respond to Orqa entering the market; soon after Orqa goggles were released, they developed new and upgraded goggles HDO2. Considering the specifications, Orqa is most similar to HDO2 so we’ll compare them. Orqa was the first goggle vendor to introduce top of the line Sony OLED micro display, soon after FatShark followed. So, both goggles use the same micro display – Sony 0.5“ OLED. The model itself is most probably ECX337A. They’re originally designed as viewfinder and it’s definitely the most expensive part of the goggles.

For the technology being used for FPV, this is the best and most expensive display version possible. ECX337A has 1280×960 screen resolution and OLED technology delivers blacks so much better than traditional LED. In addition, contrast ration is also much better. Both HDO2 and FPV.One enable 16:9 and 4:3 screen ratio.

The most important thing about their goggles is definitely their optics. Every goggle manufacturer is left on their own when it comes to technology and optics design.

That’s actually the most complex task every engineer has to perform. Although the screens are identical, what makes them different is optics in front of them. The difference between Orqa FPV.One and HDO2 is minimal. That’s why we have 44°FOV for FPV.One and 46° for HDO2, but some of the test shows that is not completely precise.

IPD range in FPV.One is 56mm to 74mm. It’s a bit different in HDO2- 54mm to 74mm. This was a great opportunity for FatShark to fix their older model’s cons, and one of the main ones was 59mm to 69mm IPD. Screen distortion is very expressed in both devices – in completely opposite ways. In HDO2 it’s “Barrel Distortion” and in FPV.One it’s “Pincushion Distorsion”.

Corrective lenses are not just diopter lenses. Diopter correction is only a portion of a prescription. There are also cylinder and prism corrections for astigmatism and double vision respectively. Some 30% of the population has astigmatism and needs a cylinder correction (in addition to any diopter for myopia). This is why the Fat Shark HDO 2 is falling behind Orqas when it comes to display quality – the built-in lenses can only correct for diopter/myopia and result in a poor image for many people.

The built-in lenses and lack of slots for corrective inserts preclude the use of the HDO 2 by anyone that needs more than simple correction – it’s worse than not having a power button on a product. Somehow manufactures have led customers into thinking that diopter is the only type of correction.

Receiver modules are identical. Both devices use the same receivers and the power supply is done in a way all modules are compatible with both goggles. Module opening in FPV.One is designed to support ImmersionRC rapidFIRE module by default, which doesn’t mean this module bay is incompatible with other modules. It just means you have to 3D print bays for them. Over time, this should be fixed by injected moulded covers.

FPV.One has sorted communication with ImmersionRC rapidFIRE out in a better way – SPI protocol. Not only is it possible for user to switch channels on goggles themselves, but he/she can also change the bands. Secondary bay for add-ons like FPV.Connect should definitely enhance capabilities without investing in new equipment and also is a unique, highly expendable feature that no other goggles have.

FatShark HDO2 supports DVR recorder with 640×480 resolution at 30FPS. It saves recorded data in .avi format. Orqa FPV.One has more robust DVR with 1290×960 resolution at 60FPS, and it has capabilities to save recorded data in .mp4 format. What’s interesting is the possibility of manipulating the recording – fast forward, slo-mo, rewind and pausing the video.

Power button was a part of FPV.One from day one while HDO2 is the first pair of FatShark’s goggles which has it.

Both devices support input HDMI signal and AV-In/Out. HDO2 unfortunately doesn’t include Head-Tracker module in the box. Orqa, on the other hand, offers this module by default, out-of the-box.

Plans for further development of Orqa

The Orqa Team has some great plans and wishes for the future – the main plan is to produce a product for wide range industry usage and penetrate all the industry fields with First Person View technologies which will improve and impact all the major industries.

All their products are labelled as “Made in Europe”. The goggles are made 95% in Croatia. Everything is developed in their halls in Osijek, except micro-displays, which they have to purchase overseas. All other manufacturers produce their goggles in China.

Their initial goal is placing 2500 pairs of goggles on the market in the first run. In less than 6 months of manufacturing, they claim to have sold large chunk of their target. There’s actually a lot of interest for them to build the goggles in Croatia. What makes it worthwhile is the FPV community in Croatia and growing interest in drone racing and freestyle, as well as other uses like defense industries.

Their philosophy has created a completely new level when it comes to upgrading goggles. We’re talking premium here and that level hasn’t been achieved by other manufacturers.