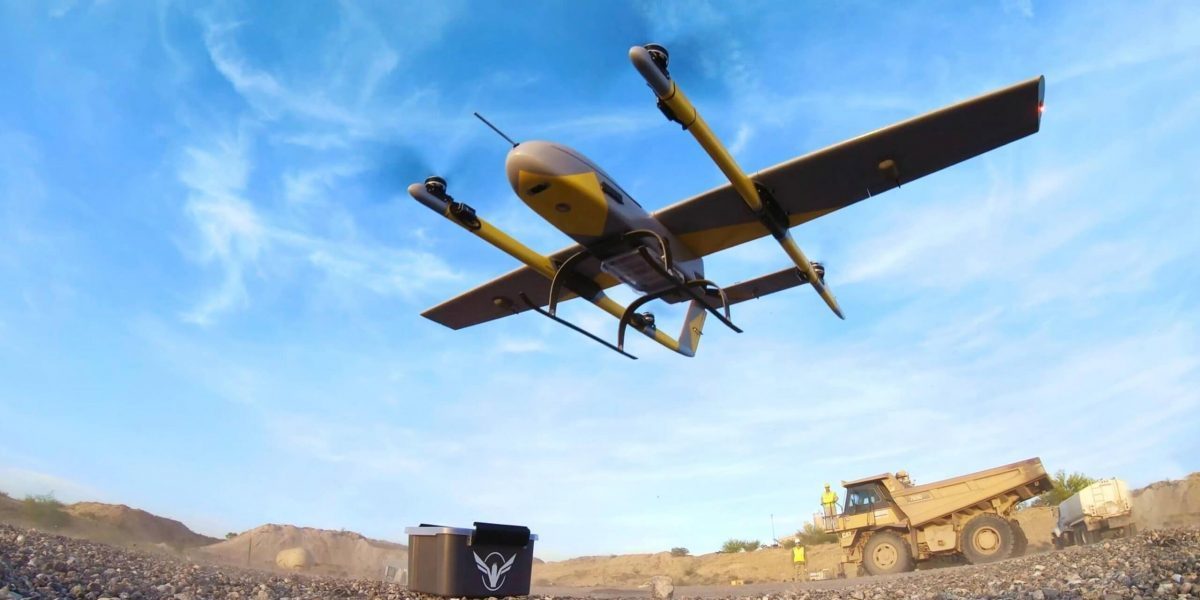 Drone startup Volansi says it’s partnering with Merck to deliver “cold-chain” medicines (i.e., medicines that must be kept below certain temperatures) to rural parts of North Carolina. In the near future, Volansi drones will deliver medicines from Merck’s Wilson, North Carolina-based manufacturing site to the Vidant Healthplex in nearby Wilson.

The pilot comes as the pandemic motivates shelter-in-place orders around the world, restricting a number of businesses — particularly restaurants — to delivery or pickup options. Drones and autonomous vehicles can limit unnecessary contact between workers, couriers, clinicians, patients, and customers, potentially helping prevent the spread of infection. For these and other reasons, the number of drones dedicated to deliveries is expected to increase to millions of units by 2025, according to a Frost and Sullivan report.

The Merck-to-Vidant deliveries will leverage Volansi’s Voly C10, a drone capable of carrying 10 pounds of cargo to locations up to 50 miles away. The Voly C10 features a vertical take-off and landing system that allows it to deliver cargo with a “soft touch” release once the drone has landed at the delivery location. Volansi says the system requires minimal infrastructure and can deliver on the returning flight items to support order confirmation like temperature trackers and receipts.

Merck and Volansi declined to say which types of medicines the Voly C10 units will transport. But common cold-chain drugs include glaucoma eye drops, aerosol sprays against asthma, insulin for diabetes treatments, and biologicals like blood, organs, and tissue transplants. Indeed, several vaccine candidates for SARS-CoV-2, the virus that causes COVID-19, must be kept at temperatures between minus 20 degrees to minus 70 degrees Celsius.

Volansi says it’s collaborating with the U.S. Federal Aviation Administration’s (FAA) Unmanned Aircraft System Integration Pilot Program (IPP) and the North Carolina Department of Transportation to ensure its deliveries are made in accordance with state and federal guidelines. The company plans to seek approval from the FAA to provide deliveries in additional locations for the next phases of the collaboration, enabling an on-demand supply of temperature-sensitive medicines.

IPP, which began in 2017, aims to bring state, local, and tribal governments together with private sector entities, such as drone operators and manufacturers, to evaluate the integration of civil and public drone operations with the national airspace system. Other participants include the City of Reno, Nevada; the University of Alaska-Fairbanks; the Memphis Shelby County Airport Authority, Tennessee; the Kansas Department of Transportation; and Herndon, Virginia’s Innovation and Entrepreneurship Investment Authority.

Other drone startups are testing their services in North Carolina during the pandemic, including Zipline, which is delivering personal protective equipment (such as masks) around the campuses of the Novant Health medical network in Charlotte, and Matternet, which in partnership with UPS will make medical deliveries between the WakeMed hospital in Raleigh and the WakeMed Healthplex in Garner. North Carolina Department of Transportation officials say they’ll use the data from the Zipline, Matternet, Volansi, and Flytrex programs to learn how drone technology can be used in other areas of the country.

Merck and Volansi previously partnered to deliver temperature-controlled vaccines and drugs to remote locations over the waters around the Bahamas, with the goal of eventually expanding trials to Africa and Latin America. The cold-chain delivery technology on those drones, which was developed by Softbox, permitted temperature control to minus 70 degrees Celsius. Cloud-based technology from AT&T allowed continuous tracking and data collection and analysis during the flight.