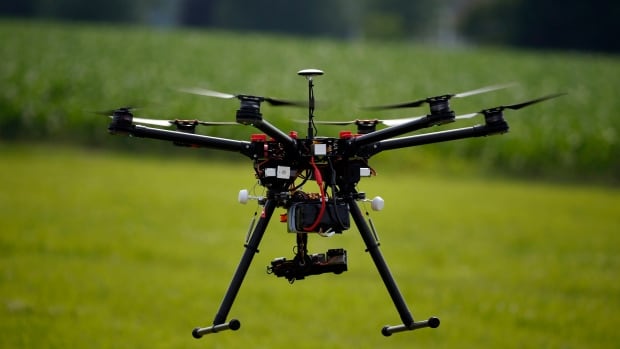 A man from Thunder Bay, Ont., is thanking a Vancouver Island family after the very-unexpected return of a drone used to capture footage of a family vacation.

John Hawkins and his family were vacationing on Vancouver Island in July. During their trip, they stopped at a scenic spot known as Harris Creek, and Hawkins decided to bring out his drone to capture some of the area’s beauty.

“I always travel with a GoPro camera and a drone, and take film of our family’s vacations so I can put together a little trip video,” he said. “I was flying down the gorge, and got too adventuresome with the drone.”

“I think I clipped a tree,” Hawkins said. “It spun out of control and crashed.”

Hawkins and his family had an idea of where the drone likely crashed, but it was a difficult area to access.

“It wasn’t worth, really, the risk, in trying to get down the gorge,” he said. “We would have had to swim to it, and the water was quite cold, so we gave up.”

‘A special place, a special day’

While Hawkins had backed up all the other footage he’d captured on the trip, he was still upset that this particular footage was gone.

“It was … a special place, a special day,” he said. “Had some good footage of the kids jumping off the rocks there and swimming.”

The family continued on with the vacation, assuming they’d never see the drone again.

Then, last Sunday night, the family — now back home in Thunder Bay — received a text message from a relative in Greece, with a link to a news story about a drone that had been found on Vancouver Island.

CTV also aired a news story Saturday night that showed a Vancouver Island family that frequents the Harris Creek area; on one particular visit, they found the drone, underwater, while swimming.

“It’s one in a million, probably,” Hawkins said, adding he was unable to find contact information for the person who found the drone.

He reached out to the west coast news outlet that covered the story, however, and they were able to put him in touch.

“I’ve since spoken to them,” he said. “They’re going to be sending the drone and the memory card back to Thunder Bay.”

“Whether the drone still works, we’ll see,” Hawkins said. “But the memory card is definitely good, so I’ll be able to get the footage from that day.”

Hawkins said he shipped the case for the drone to them on Thursday, and he hopes to get it back within a couple of weeks.