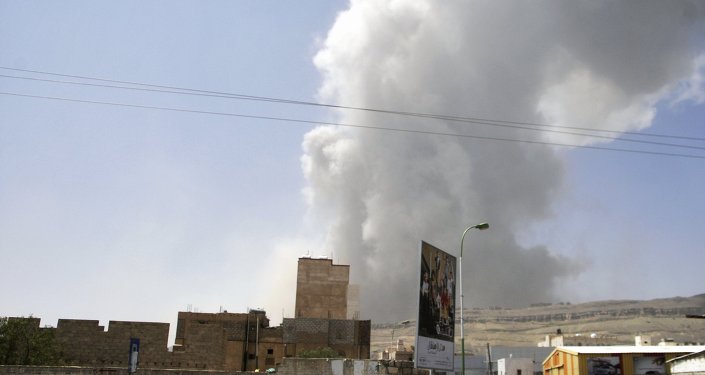 The Saudi-led coalition annouced that it had destroyed a Houthi “explosive and remotely-controlled boat” in the south of the Red Sea, according to state-run Saudi Press Agency (SPA), citing a statement by an official spokesman for the coalition forces, Colonel Al-Maliki.

According to the colonel, the boat represented a “threat to regional and international security, shipping routes and global trade”.

A few hours earlier, the coalition claimed to have intercepted a Houthi drone said to have been launched by the Houthi faction at Saudi Abha international airport, SPA reported.

According to Al-Maliki, as a result of the interception and destruction of the drone, some shrapnel fell on the airport, but did not cause damage or injuries to civilians.

The colonel described the incident as “an act of brutal terrorism” and stressed that the joint coalition “will continue to implement strict measures to deter this terrorist militia”.

The SPA tweet reads: “The Joint Forces Command of the Coalition “Coalition to Support Legitimacy in Yemen”: Intercepting and destroying a drone (booby trapped) launched by the Iranian-backed terrorist Houthi militia towar Abha International Airport in an act of brutal terrorism|

Earlier in the week, the Saudi Press Agency reported that the coalition had destroyed a Houthi drone lauched from Yemen in the direction of Saudi Arabia.

Yemen has been engulfed in an armed conflict between government forces, led by President Abdrabbuh Mansour Hadi, and the Houthi armed opposition faction, for over five years. The coalition has been carrying out airstrikes against the Houthis at the internationally-recognised Yemeni government’s request, with the militia group responding with military drones and attacks in Saudi border areas.