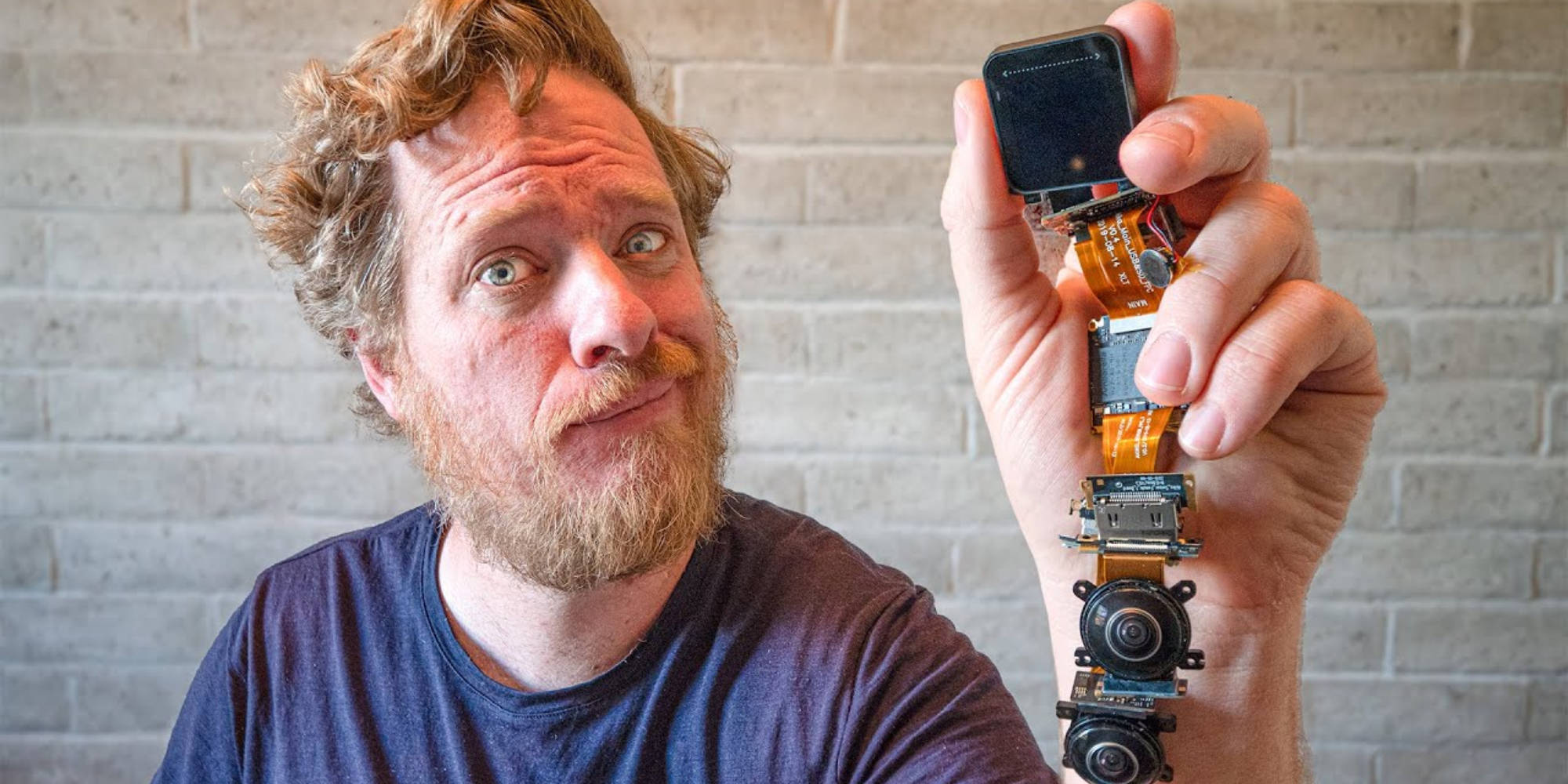 Scotty, the mastermind behind the Strange Parts YouTube channel has torn down the Insta360 ONE R action camera in a teardown style video to find it is one sticky camera. The video shows the construction of the modular action camera and how it stays waterproof.

Scotty starts off by going into the 360-degree module of the camera, struggling to do so with the almost excessive amount of adhesive used to keep the camera together and ensures that it’s waterproof. He eventually gets the camera open and is greeted with two tiny camera modules placed back to back to create the 360 module. The camera modules have short ribbon cables attached to a connector that sends the video signal to the processing module of the Insta360 ONE R.

Scotty once again struggles to get into the brains of the camera, eventually making his way in by prying at the adhesive until it became loose. Once inside, Scotty shows us the tightly built module filled to the brim with circuit boards used to digest the video feeds, make the camera work, and sends power from the battery to all the modules.

The standard action camera module is much easier to get into, with a simple screw-mounted lens and a few screws. Once in, the camera module is almost identical to the ones found in the 360 module, this time with a removable ribbon cable and a lens with a smaller angle.

Watch the full video below to see inside the battery module, the large amounts of adhesive used to ensure this modular camera stays waterproof and the full teardown process.

B&H is currently offering DJI Mavic Mini Quadcopter bundled with an extra battery and Nanuk carrying case for $399 shipped. The extra accessories will automatically be added at checkout. Typically picking

A few years ago, a regular stream of Amazon Prime patents and test flight clips from burgeoning aerial taxi services were enough to grab headlines on a weekly basis. Prototypes